skip to main | skip to sidebar

Pathological (hetero)sexism and the medicalisation of sex in children

Intersex – The sex that dare not speak its name

It is hardly a newsflash that we live in a sexist society. However, just when we think we might be making progress in our struggle for equality and dignity, we are sometimes surprised at the backlash and the political power behind it. We have seen evidence of this powerful (hetero)sexist machinery in the United States just recently with the announcement by ISNA, the Intersex Society of North America, concerning its embrace of the term “disorder of sex development”. This term is supposedly better for children than the term “intersex”, according to this US group.

Posted by OII: http://www.intersexualite.org/ at 12:00 AM No comments: 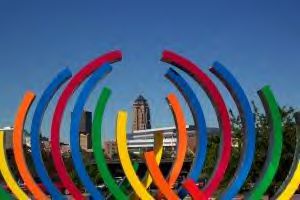 I will not take public positions for or against certain members or groups associated with OII. As president, I feel it is my responsibility to let people say what they feel is important to them, not to publicly agree or disagree with them. My own positions on issues will be found in the articles I have written. Others are free to disagree and be heard. There are too many different ways to be intersex for any one person to speak for the intersex community in general. I cannot speak for the intersex community in general, only a certain segment of that community. Other intersex people have different experiences and perspectives from mine. They have a right to be heard, even when some of their views may not appeal to certain people or groups.

I often receive inquiries about certain essays or opinions on OII's web site. Often the person writing is assuming that intersex is an identity, which it is for some people, but OII is not an organisation for those who identify as intersex but for those who are simply intersexed, regardless of identity and for our allies, many of which can disagree among themselves. OII welcomes allies from all communities but the fact that these different communities have disagreements among themselves is not an issue that we feel we should resolve. We simply are very happy to see that many communities find that they share the same goals of human rights and of combating sexism that OII does.

Questions concerning opinions of transsexuality, homosexuality, heterosexuality, gender identity disorder and the disagreements about opinions expressed on these topics are not easy for me to answer except from my own point of view. My opinions on these topics will not reflect those of others. Members are free to have diverse opinions and also opinions which might not be politically correct to some people.

There is a rich diversity of opinion among the different members. No one person speaks for OII. All members do.

The opinions of one person or group do not mean that OII does or does not support a certain group or community. The fact that there are disagreements among the LGBT community or that there are disagreements among feminists is not central to OII's focus. For OII to get too involved in resolving disagreements over trans issues, lesbian issues, feminist issues, gay issues, etc. would simply divert OII from its primary focus - intersex visibility and human rights regardless of identity. Intersex people will have a myriad of opinions on all these topics. The point of OII is to let them express their own opinions. We are only beginning to have any voice. To censor a very small, marginalized group because some of its members do not express views which are politically correct to certain other identity groups or other political movements is not the goal of OII. Our goal is letting intersex people have not one voice, but many voices.

Thanks for your support and for listening to us.